Samos, the wonderful island. The clear water, the winding alleyways, the friendly cafes and the people with the biggest hearts. Glad I'm to be back here. And it breaks my heart, recognizing so many faces. Faces that have aged identifiers. Although it's only been half a year I've been here. Constantly someone comes up to me, with the widest grin imaginable. Shakes my hand, puts his hand on his chest –

Welcome on Samos! I am so happy to see you again. -I ask how it works. -Same, Same. Samos, Samos.

No one wants to talk about the last few months, winter is slowly over, people are still recovering from their sinus infections and coughing. Many have not been healthy for months. There is a new supermarket, opened by refugees, to offer people a cheaper way to shop. And even more so as not to be discriminated against and insulted daily at the supermarket checkout. A friend from back then meets me in the street and tells me that he now works there. I really want to see the store and I just wanted to shop anyway. Then you'd rather be there! It's all still very sporadic, but the abundance of cordiality makes up for it. Who needs full shelves and ten vegetables when the heart feels full. I'm obviously foreign objects, my shopping is eyed obliquely. Two Cameroonians are rather grouped by the Palestinian cashier. We may all need to get used to living with each other for a little more and feel that normal. When a single Greek father comes to the shop now, there is a very good social average, I think. First we go shopping in the same shop and soon we are colleagues. soon. Until then, we can be curious about how we all go shopping like this.

Even from the kids, I recognize a few again. I recognize a girl by her rotten teeth, then my eyes also seem familiar. She's grown so big!

Even from the kids, I recognize a few again. I recognize a girl by her rotten teeth, then my eyes also seem familiar. She's grown so big! Another girl, as big as my leg length, lays into my lap in embryo position and falls asleep by the letter paint out. Her sister gazes maternally at her and strokes my arm. At the weekly CampCleanUp in the third, newest extension outside the camp, behind the trees, on expedition, to find out how far the mounds of garbage extend and where there are particularly many food leftovers that attract rats and thus snakes, I meet Between homemade huts adorned with UNHCR tarps, early blooms and olive trees Ajan from Palestine. A self-knitted cap covers his slightly grey hair, his clothes sit casual and he just exudes calm. Skeptical and a bit outraged, he says he wakes everyone up right away and they eliminate the piles of rubbish themselves. No problem. He just needed garbage bags, gloves would also be handy. I want to help him, but he won't let me. I am still so amazed by the beauty of the spot that I can only concentrate on it and tell it what a wonderful little mini-village they have assembled there. He starts smiling and thaws, shows me the herbs, tells me he drinks tea from six in the morning and listens to the birds. He seems like an old, wise man, but he is at most 40 years old.

The two little boys who accompany me while collecting garbage and tackle with them neatly join in. Ajan gets a football for them. We look at, the children shouldn't find their fun and variety picking up at the garbage in the camp, where they can cut themselves on glass and beer cans and all sorts of cattle and illness lies dormant. Recently, I talk to people from the camp about how the memory of the childhood of the many small, gentle beings can be influenced. What about their future? I met my friends all at camp on Samos while we emptied bottles filled with piss? For a perspective, it also needs good memories of the past. A childhood that includes carefree moments devoted only to the game.

Ajan invites us to his fire pit. He already cooks tea there for us. We sit on his two chairs and watch the tea on the tinted rust as it slowly gets heated. Little words say a lot and Ayan's eyes speak volumes. Shortly later, he fetches his cups and brings the finished, sugar-sweet black tea from his own mixture to the others. Plus there's Zatar, he could drink that all day. When I open my bag now, the zatar branch he gave me still smells intense. Ajan shrugs together, he has counted himself. He quickly sends his friend to bring us a cup and apologises in the pleasantly polite way. Carl just waves off, he doesn't want tea at all. In me, everything contracts. How cold and blind we are. In the end, he drinks the tea, in a sip. Ajan stays cool, Europeans are just a bit strange. Before I flew off, I had slight tendencies to panic, but rather afraid to come here. Fear of seeing the injustice and not holding it out. It cannot be understood and
Not to change. Not to be held out either.

What people are capable of, how much warmth, warmth, modesty and generosity can come from someone who experiences the other side of injustice than me is greater than the injustice itself. I had forgotten that. 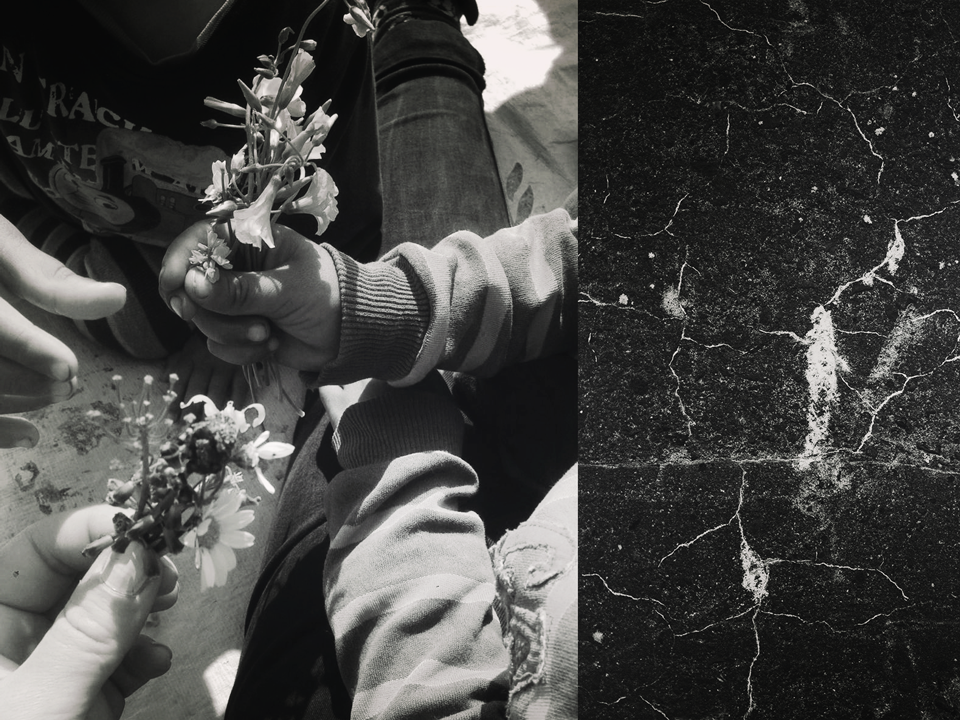